The Importance of Play

Play is Spontaneous, Creative, and ever Transformative.

ChildsPlay International (CPI) fosters resilience and allows children to experience the self-confidence that comes from achievement. Our activities are locally run and adapted to local cultures. They enable children to develop skills that help them conserve local traditions in dance, song, and storytelling. We work with interested individuals and groups to organize activities compatible with CPI’s mission.

CPI promotes children’s play because it is critical to their social, physical, and psychological development. Where children are deprived of play, they suffer; when play is restored, they grow.

Our work is dedicated to play in all its forms from organized games to dancing. We encourage play across every culture, respecting the commonalities and differences.

Our Focus is on the Transformative Potential of Play, wherever Children Live.

CPI was founded by Dr. Steven Watson to encourage children to participate in forms of indigenous play. We do not impose Western, “first world” ideas on any group of children. We work with local educators and elders to facilitate children’s own inclinations to play. Our goal is to encourage play – to help overcome local, practical limitations – whatever form that play may ultimately take. We foster the interplay of play and culture.

Yes. As children interpret traditional stories – in paint, for example, or in dance or elaborately constructed masks – children become agents of transmission, preserving culture even while they re-envision it creatively. They refresh culture, just by playing or, rather, by playing off a culture’s endless possibilities to stimulate fantasy and imagination. 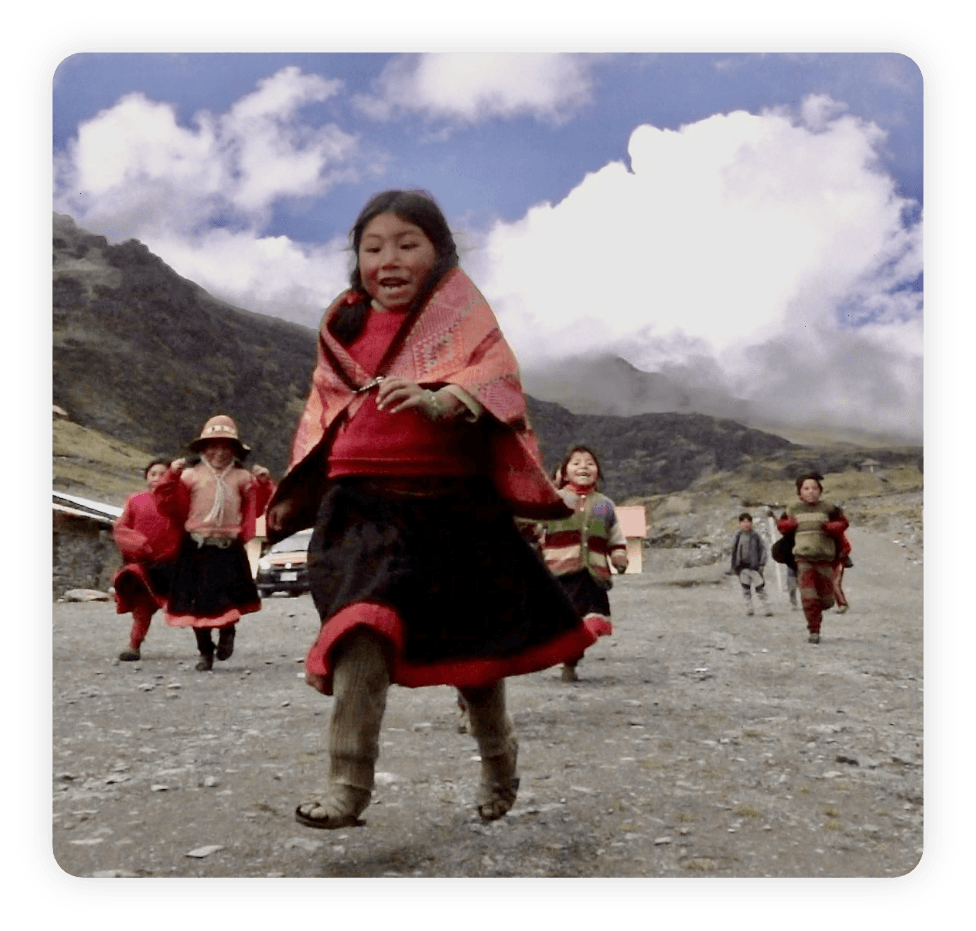 So how did CPI get into underwriting play? Dr. Steven Watson, the organization’s founder, understood that when left to their own devices, children play. Play comes naturally. It’s self-expression, it’s creative. But it’s also more. Play is a way of learning – kids acquire skills like thinking on their feet and strategizing. They acquire a sense of group dynamics, and learn to see themselves through others’ eyes. They learn to measure risk. They develop mental acuity and physical strength. They become resilient when they dust themselves off and get back in the game. In fact, even when children play alone, they learn. They test the limits of their imagination (often discovering that it has none, provided there is adequate stimulation).

Children severely deprived of play experience abnormal neurological development. On the other hand, an adequate opportunity to play reduces the likelihood of ADHD.

Numerous studies show what happens when kids’ natural inclination to play is disrupted by trauma (war, displacement, poverty, natural disaster) or by technology that is absorbing but isolating. CPI addresses such disruptions on the ground, in places that chronically deprive kids of play: refugee camps, disaster zones, areas where traditional culture is challenged by the lure of screens.

In these places, spontaneous play disappears, children become lonely; their physical and mental development is stunted; they can become violent and display disciplinary problems. Such kids lose their childhood to an illusion of childhood, scripted by someone else. Childhood ceases to be directed by children, supported by a community whose culture is a renewable source of their creativity.

To redress this loss, CPI’s goal is to restore childhood, removing obstacles to the tangible benefits of play. But we always account for local conditions.

From its inception, therefore, CPI was not a top-down organization, with Western experts applying the latest research. We seek to be organic to wherever we are, drawing on available resources and, especially, on the innate capacity of kids to play and have fun. Coaches, teachers and support personnel are drawn from around the area. Our approach is to learn as we go, and we have learned a lot since 2012.

Thus, as CPI took up projects in different areas, it began developing relationships with local teams of storytellers and artisans, enabling children to express themselves by reconnecting with traditional games and stories. The kids absorbed the stories and made wonderful, expressive masks. They learned dances and narrative traditions. They improvised. They let their imaginations fly – now that there was something to fly to – and produced deeply felt paintings and drawings. In some areas, this art incorporated the hard realities of the kids’ existences (thudding helicopters, the drudgery of refugee camps) with the fanciful elements of folktale, producing visions of surreal mental landscapes. It was a kind of magic realism – where the real magic was that kids tapped into the imagination that had been suppressed.

It didn’t matter if kids had never drawn; they picked it up. What did matter was that they expressed themselves. In some cases, they envisioned beauty and destruction as part of a single landscape – their personal psychological landscape, projected onto whatever they created. If they could not speak the words of disorientation (out of fear or simple lack of vocabulary), they could now explain it by other, tangible means. To them, it was a revelation. But they took to it, sensing a kind of liberation, especially within their confining circumstances. 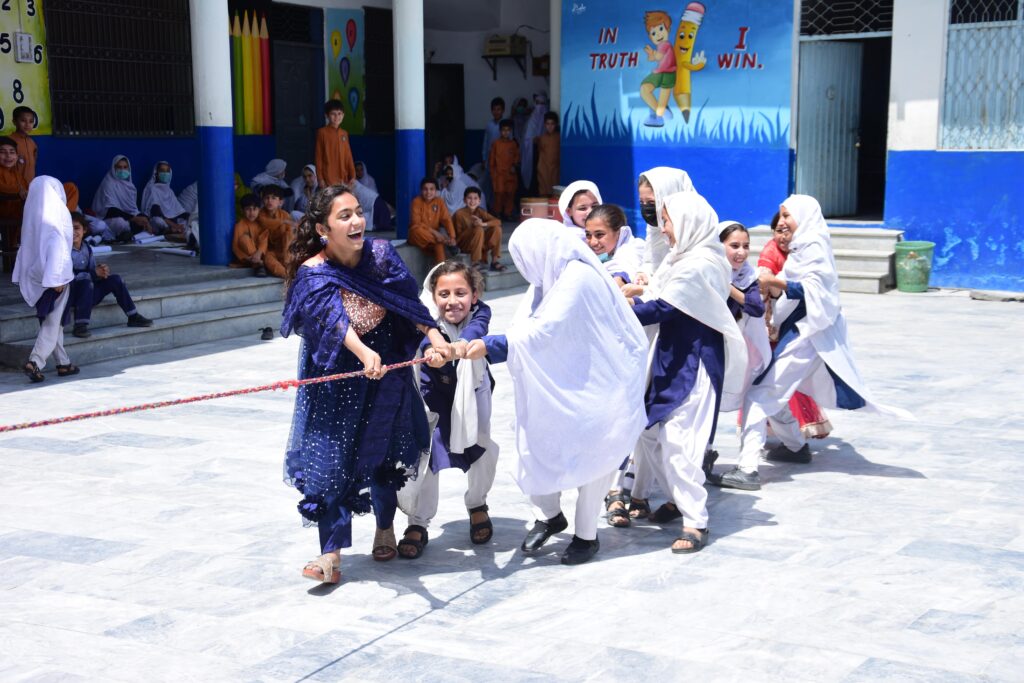 In each case – whether in drawing, painting, or some other art-form – children acquired skills that powered up their creativity. For example, master mask-makers demonstrated the art, and the kids followed through. The result was a sense of enormous accomplishment and, hence, of self-esteem.

Though it was rarely easy, local schools became involved. Teachers were trained. Elders. The impetus began to spread throughout the community.​

In all of this, CPI’s contribution was material and organization. It helped to find, develop, and equip local teams – teachers, videographers, story-tellers, craftspeople.

​Art-making and games segued into each other, as child artists competed for prizes. Where games were actually physical, it provided equipment (and related demonstrations) for favorites like cricket and soccer. Volleyball and badminton for the girls. Kids also learned traditional games.

Again, they competed. They developed team-spirit and self-esteem. Kids experienced their bodies, sometimes for the first time, by means other than in drudge-work. The simple act of putting on uniforms, which most of them had never done, provoked immense excitement – not just because the uniforms were handsome, but because they imparted a sense of belonging.

Many kids put on shoes for the first time. Socks became a sensation. To an outsider, the haphazard mixture of off-price uniforms – picked up from Australia, New Zealand, Brazil, anywhere with a team – seemed funny. But to the kids, the act of wearing something new produced a cascade of self-affirming behaviors, like regular washing and combing their hair. They pretended to be famous personalities, like some big soccer player from the country whose jersey they wore.

In all of this, the object was to center these children, and temper the alienation of screen-based life. At a deeper level, it was to help them reintegrate with their environment – that is, with natural rhythms, in accordance with how our species evolved. As the biologist Caitlin O’Connell observes:

"Play affords individuals the opportunity to experiment with their surroundings and come up with creative solutions critical to a species' survival."

We hope that other organizations will undertake similar work. We offer templates that provide specific, step-by-step guidance as to how we did it. Our models are adaptable (conditions will differ from area to area). The point is that the need is still urgent since, as we learned over and over again, childhood is under stress everywhere – even in places that seem otherwise livable – since technology continues to displace kids’ own spontaneity.

Yet CPI believes that the influence of technology can be mitigated (at least to some encouraging extent) through local, indigenous efforts to reconnect kids with traditional activities.

To CPI, “play” is not just physical contact. Most fundamentally, play involves the play of the mind. It involves fantasy and creativity, which children thrive on. Sharing their fantasies is one way that children learn to be intimate. So, at CPI we take play seriously so that kids can experience it with all the joy that it naturally provides.